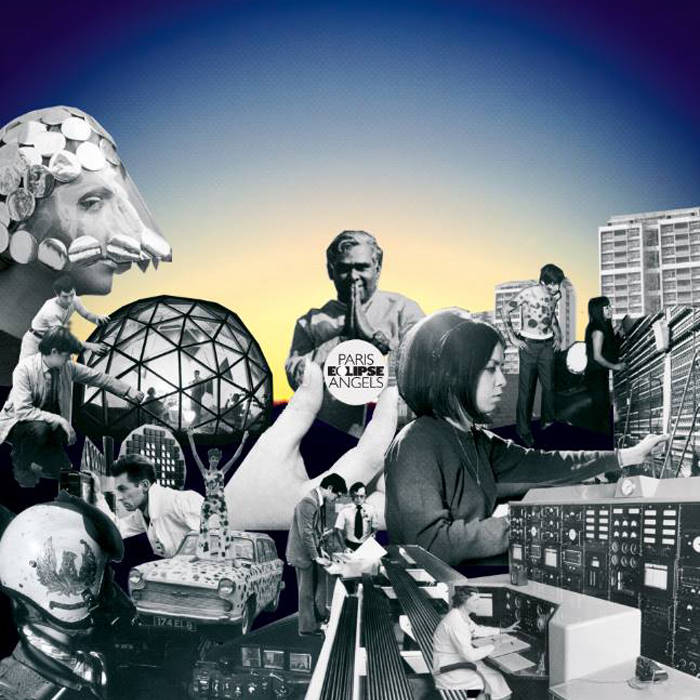 
Well-known for their Indie classic anthem Perfume and first album Sundew and after regular airplay on 6music. Paris Angels have decided to release their second album on a free digital download.

The album was recorded in 1991 and was abandoned when the band spilt up. The tapes remained left forgotten until now. At the time of recording the band were trying to continue to mix electronia and guitars, which now is commonplace, back then it was still an emerging sound.

Eclipse saw more diverse songwriting from all memebrs of the group. The title reflects that the band became another footnote in rock history, when many felt that they had more more to give. Eclipse showcases a real broad range of styles including some lost classics like Door to Summer, beautiful spiralling guitar melodies and laid back jazzy dance beats. Shake, which sounds more like the real Angels original funk roots, Complete Mind featuring stunning lead vocals from Jayne Gill and Sleeping with the Radio On, great lyrics laid over a sublime mix of synths and the great guitar of Wags, second only to John Squire, as his generation’s greatest guiarist. Recorded and Produced with the Loopzilla Team, with Simon Crompton, the band’s live engineer bringing an edgier sound from the band.

John Peel said of Perfume
“A record to be proud of, that, I think. Never fails to give satisfaction.”

Dedicated to Big Si Worrall, Barrington Stuart and Paul 'Simi' Simpson, who were all directly involved with the Angels but are sadly no longer with us, they all made their mark that will last in many a heart.

Recorded and Produced with the Loopzilla Team, with Simon Crompton.
Mastering by Ste Wilson.
Design by Scott Carey.

Bandcamp Daily  your guide to the world of Bandcamp